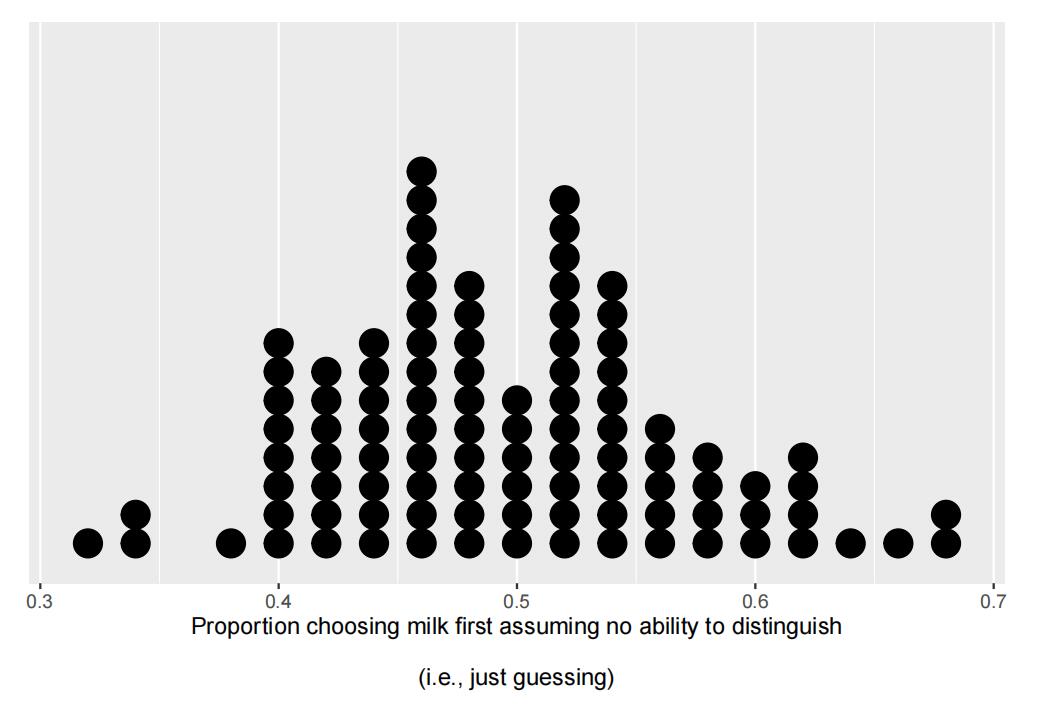 STA130H1F代写 There are two parts to your problem set. One is largely R-based with short written answers and the other is more focused on writing.

There are two parts to your problem set. One is largely R-based with short written answers and the other is more focused on writing. We recommend you use a word processing software like Microsoft Word to check for grammar errors in your written work. Note: there can be issues copying from Word to R Markdown so it may be easier to write in this file first and then copy the text to Word. Then you can make any changes flagged in Word directly in this file.

Approximately 10% of the general population is left-handed. Suppose that the Department of Statistical Sciences (DoSS) is conducting a study to see if this percentage is the same among their undergraduate students (that is, all students in an undergraduate DoSS statistics program). This would help inform classroom renovations and bookings to ensure suffiffifficient left-handed (and right-handed) seating. Suppose 500 students in statistics programs are randomly selected and asked whether or not they are left-handed. Suppose that 61 of these 500 students respond that they are left-handed.

What are appropriate null and alternative hypotheses to test the claim? Make sure you defifine the parameter in context.

Answer The null hypothesis is that the proportion of left-handed people is 10% among undergraduate students in DoSS.

## There are 40 students that  are  left-handed  in  the  simulation

Use R to estimate the sampling distribution of the test statistic under the assumption that the preva-lence of left-handedness among DoSS students matches the general population. Use 1000 repetitions and set the seed to the last 2 digits of your student number. Generate the plot of this estimated sampling distribution and describe the distribution in a few sentences.

Use labs(x=”your title here”) to give the x-axis a better name than the default. You can split your axis title across difffferent lines to make it easier to read by adding \n OR typing an “enter”/carriage return.

Use R to compute the p-value of this hypothesis test based on the sampling distribution that you estimated in part (c).

Which of the following statements is/are valid description(s) of the p-value you computed in (d):

i.  The probability that the proportion of DoSS students who are left-handed matches the general population.

ii.  The probability that the proportion of DoSS students who are left-handed does not match the general population.

iii.  The probability of obtaining a number of left-handed students in a sample of 500 students at least as extreme as the result in this study.

iv.  The probability of obtaining a number of left-handed students in a sample of 500 students at least as extreme as the result in this study, if the prevelance of left-handedness among all DoSS students matches the general population.

Answer The answer is ii.

Write a conclusion to this hypothesis test based on the p-value you computed in part (d).

Based on the distribution given by 1000 repeated simulations, the p-value of observing 61 left handed people among 500 students is approximately 0. We have strong evidence against H0 and will accept the alternative hypothesis that the proportion of left-handed is difffferent among students.

A Scottish woman noticed that her husband’s scent changed. Six years later he was diagnosed with Parkin-son’s disease. His wife joined a Parkinson’s charity and noticed that odour from other people. She mentioned this to researchers who decided to test her abilities. They recruited 6 people with Parkinson’s disease and 6 people without the disease. Each of the recruits wore a t-shirt for a day, and the woman was asked to smell the t-shirts (in random order) and determine which shirts were worn by someone with Parkinson’s disease. She was correct for 11 of the 12 t-shirts! You can read about this here.

Without conducting a simulation, describe what you would expect the sampling distribution of the proportion of correct guesses about the 12 shirts to look like if someone was just guessing.

Carry out a test using simulation to determine if there is evidence that this woman has some ability to identify Parkinson’s disease by smell, or if she was a lucky guesser.

Set the random number seed to the last two digits of your student number before carrying out your simulation. Use 10,000 repetitions. (This simulation is similar to the code in Question 1, but with many more simulated values of the test statistic under the null hypothesis. 10,000 is a lot of repetitions – more that is likely needed – but we’ll do this many repetitions this time anyways.)

Given the p-value = 0.003, we have strong evidence against the null hypothesis that the woman guessed randomly. So the woman had the ability to detect Parkinson’s.

The woman correctly identifified all 6 people who had been diagnosed with Parkinson’s but incorrectly identifified one of the others as having Parkinson’s. Eight months later he was was diagnosed with the disease. So the woman was actually correct 12 out of 12 times. Are you able to get the p-value for the test using this new data, without running a new simulation? What would you change from your answer to (b)? What wouldn’t you change?

We can approximate the new p-value to be 0.0004. However to be more accurate we need to change the simulation process, and sample the Parkinson’s with higher probability to account for the fact that the chance  of Parkinson’s was 7/12 instead of 6/12.

British statistician Ronald Fisher was at a tea party in the 1920s. One of the other guests was algae scientist Dr Muriel Bristol, who refused a cup of tea from Fisher because he put milk in BEFORE pouring the tea Bristol was convinced she could taste the difffference, and much preferred the taste of tea where the milk was poured in afterwards. Fisher didn’t think that there could be a difffference and proposed they test this.

The test was set up as follows: 8 cups of tea were made, 4 with milk in fifirst and 4 with tea in first.

The result: Bristol correctly identified whether the tea or milk was poured first for all 8 cups.

Fisher, being a Statistician, wondered if this happened just by chance (i.e. if Bristol was just guessing, 50/50), OR if it seemed more likely that Bristol was not guessing.

Suppose you run an experiment like this with students in STA130. You get a random sample of 50 STA130 students to each taste one British-style cup of tea and tell you whether they think the milk or tea was poured first. 31 students correctly state which was poured fifirst. Go through the steps to test whether students are just guessing or not.

What are appropriate null and alternative hypothesis to test the claim? Make sure you defifine the parameter in context.

The null hypothesis is that people will not be able to tell the difffference, so the proportion of being correct will be 0.5.

i.  What does each single dot in the plot represent?

The single dot in the plot represents a run of simulation, which includes having 50 students to drink tea and take a guess, then the proportion of student who guessed correctly will be this single data point

ii. Based onthis plot, what is your estimate of the p-value?

Whatconclusion can you make based on the p-value you calculated in part b(ii)?

With the confidence level of 0.05, we will fail to reject the null hypothesis that normal people can tell the difference in taste.

Suppose the analysis described in (b) is repeated but this time 1000 simulations are used to get a better estimate of the p-value, and the resulting p-value is 0.064. Do not conduct this simulation. What is an appropriate conclusion based on this p-value?

You may enjoy this article that provides more details about the tea party and the experiment. Optional.

Your peers just fifinished participating in your British Tea experiment and had so much fun that they want you to come up with another one! Your task is to come up with a hypothesis that you could test using a simulation test. You should do the following:

Note: At this point we have only learned how to do hypothesis tests for one proportion. Keep that in mind with your design.

Some things to keep in mind  STA130H1F代写

The hypothesis is that the learning quality from remote lecturing or participate in person will be indifffferent. So normal people will not be able to tell. Let µ0 denote the proportion of correct answers my peers guessed. The null hypothesis is that H0 : µ0 = 0.5.

Now I will simulate the peer’s guesses by random assignment with probability of 0.5. With adequate amount of repetitions, I will obtain the distribution of number of correct guesses. Then I can calculate the p-value given the observed number of correct guesses. The simulation was to simulate answers given by hypothetical students who really can not tell the difffference.

Note that people may ask what the p-value I calculated was, I will explain as follow: the p-value is the probability of what we observed happened (for example people was capable of identifying 16/20 samples correctly), assuming they actually can not tell the difffference. So if the p-value is low, that means our null hypothesis should be rejected.