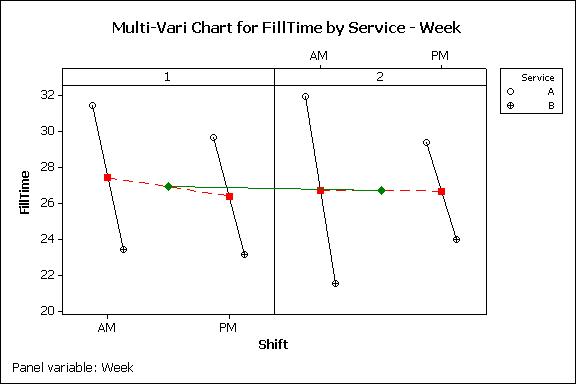 six sigma process代写 1) Which of the following would be classified as a poka-yoke device?a. Software code to prevent wrong data types from being entered ···

Which of the following would be classified as a poka-yoke device?

a. Software code to prevent wrong data types from being entered

b. Part present switch (sensors) to ensure all parts have been loaded before assembly

c. Warning light if an operator produced a part out of specification

d. all of the above

Which of the following often is done as an initial step within continuous improvement to create a ‘safe, clean, neat, and organized arrangement of theworkplace’?

Which of the following best distinguishes the difference between a verification study done during the IMPROVE phase of a Six Sigma project (e.g., pilot study) versus a verificationstudy to determine the effectiveness of a recommended process control plan after completing a DMAIC project?

a. Cost of measuring a sample for the study typically is much less during the improve phase

b. Total number of samples measured is usually much greater during the improve phase(at least three times) than during long term verification

c. Total elapsed time during which the samples are collected typically is much less during the improve phase versus when assessing the effectiveness of a process control plan

Suppose you have 10 parts. You set up a Measurement Systems Analysis experiment where you have three different operators measure the length of each part. Which of the followingrepresents the most appropriate statistical analysis technique to assess if a mean difference exists between the three operators?

a. Two-factor ANOVA using part number as a blocking variable and operator as a factor

b. Multiple Paired t-tests (one for eachoperator)

c. Three Independent Samples t-tests (with Operator A vs. B; A vs. C; and B vs.C)

Suppose the following linear regression model between an input X and output Y is obtained. The results of the analysis are asfollows:

Suppose you wish to perform a linear regression analysis. Which of the following Toolswould most likely be used to verify the assumption of Normality based on the residuals?

a. Multiple Box Plot of Residuals by fitted value

b. Run Chart of Residuals in data collection order

Suppose you are given the following results from a binary logistic regression study of 90 samples comparing different inputs (all are continuous) and the probability of a split duringa metal stamping operation (Note: split = 1, no split = 0). Which of the following may be reasonably inferred?

a. High Tonnage values ~400 have a higher likelihood of split (=1) than low tonnage

b. Yield strength (YS) has the most significant effect on the probability of a split

c. All parts with tonnage values greater than 0.45 exhibited splits

d. Given outer tonnage and yield strength values, one may predict all splits

Which of the following regression analysis methods involves generating multiple possible models (i.e., candidate models) with varying number of input X factors in order to help the analyst identify a final model given there are possible concerns with X-X correlation and the costs to modify vary for different X factors?

b. General Linear Model with a Covariate

Suppose you conduct a Multi-Vari analysis for three variables (Service, Shift, and Week) onOrder Fill Time. Here, you collect data for customers from two different services (A and B), across 2 different shifts Morning-AM vs. Afternoon-PM (shown below as data within a panel), and from 2 consecutive weeks (week 1 and week 2 – shown below as the panel variable). Given the results, which of the following factor (X variable) should most likely be addressed first?

a. Mean effect due to differences between the two operational shifts (AM vs.PM)

b. Mean effect due to differences between the two services (Service Type A vs.B)

c. Lack of stability of the process over time (differences from week 1 to week2)

Suppose you wish to study 4 factors (A, B, C, D) using a Full Factorial Design. You wish tostudy Factor C and Factor D at 3 levels and the other two factors at two levels. You also wish to use 3 replications per combination. Based on this information, how many total runs (samples) in your experiment?

Suppose you obtain the following results from a 2³ Full Factorial Analysis using Design of Experiments where your response is strength (larger-the-better). Which of the following may be reasonably concluded from these results?

a. Your model explains a significant amount of the variance in your response

b. Factor A does not have a significant effect on the response

Suppose you obtain the following results from a 2³ Full Factorial Analysis using Design of Experiments where your response (Y) is strength (larger-the-better). Which of the following would you recommend as your prediction equation (Note: Output below is in coded units, thus answer question in coded units)? Assume alpha =0.05

Which of the following may be considered a weakness using one factor at-a-time experimentation versus using a 2ᵏ controlled Full Factorial Design of Experiment in a study on the ease of use for an entertainment system? Assume your process has 3 potentially critical X factors and you select 40 participants for the study.

a. One factor at-a-time may arrive at a local optima depending on the order in which you study each of the factors (e.g., if you first study factor 1, then factor 2,etc.)

b. One factor at-a-time may require a lot more total study samples to get the same information regarding the best settings for each X (i.e., has poor efficiency of analysis)

c. One factor at-a-time may lead to biased conclusions because experimental participants may change their behavior with every new test simply because they are being studied

d. All of the above

Which of the following charts commonly is used in Design of Experiments to show differencein means between levels for a Factor (excludes variation)?

Which of the following would best describe the interaction plot of A*B?

a. Significant Factor A effect with no significant interaction

c. Significant Factor B effect and a significant interaction

d. Both main factors and their interaction are significant

Suppose you wish to determine if there is a dependent relationship between the purchase of one product and the purchase of another. Which of the following statistical tests would you mostlikely use (Assume both variables are binary: Purchase Yes or No)

Given the following output from a Multi-Proportion test (both graph and table) examining satisfaction in health care plan by three regions (Binary Y: Satisfied=1 or Not Satisfied=0; and Three Regions are noted as M, I, and O), which of the following may be reasonablyconcluded? Assume alpha = 0.05. (Ho: PM = PI = PO)

a. Fail to Reject the Null Hypothesis, concluding no difference in the proportion satisfied by region

b. Reject the Null Hypothesis concluding all regions are different from each other

c. Conclude that region M is different than the other two regions

d. Conclude that region I differs from regions M and O, but that regions’ M and O do not differfrom each other

Suppose you assemble two-pipes together. The first pipe has a nominal outside diameter of 15 mm; the second pipe has an inside diameter nominal of 15.1 mm. Pipe 1 must fit inside Pipe 2 (thus the final assembly tolerance cannot be changed). Which of the following toleranceanalysis method would you recommend in order to obtain the widest tolerances allowable for each pipe COMPONENT (assume tolerance for each pipe will be the same)?

c. It does not matter, they both give the same result

d. Answer (b) if data are Normal, answer (a) if data follow a Weibull

Suppose you assemble three components with the following assumed distributions (Normalwith mean and variance shown below), recommend a final assembly tolerance that would allow the manufacturer to achieve a Cp=Cpk = 1.33 for the final assembly?

Suppose you run a 2³ controlled Full Factorial Design of Experiment in a study to determine which factors influence the ease of use for a software product? Assume your process has 3 potentially critical X factors (A, B, and C). You obtain the following results. Given these results, which of the following may be reasonably concluded considering the significance of main effects and their interactions? (Assume Objective is Larger Score the better)

a. Setting for Factor B explains 80% of the overall response average

d. Recommended setting for Factor B should also consider the settings for Factor A due to their interaction

Identify 2 different sampling strategies and provide an example (or condition) where youwould recommend one of your strategies over the other.

Suppose you conduct an experiment with 3 Factors on volume in a liquid filling operation. Variables and levels are listed below. From the experiment, you obtain the following results in coded units for the response: Volume (Objective is larger the better).

Identify an appropriate Transfer Function (Prediction Equation) to predict volume based on the available results.

Make recommendations to maximize volume using significant effects and predict a result based on your recommended settings?

A national homebuilder builds two types of homes (single-family and townhouse) in 2 regionsof the country (Midwest and South). To evaluate selling prices the homebuilder takes data on 168 recently sold homes including the final selling price and the lot cost (covariate). Given the following results, answer the following:

a）Which variable which you would most likely model as a covariate for GLM?

c）Which pair of variables (Lot Cost & Type OR Type and Region) would you most likely test fora statistically significant interaction and why?

NOTE: DMAIC Case Study – Similar to Midterm Practice Exam or Midterm – though will focus on interpretation of analysis covered in second half of course (e.g., DOE and/or regression results).