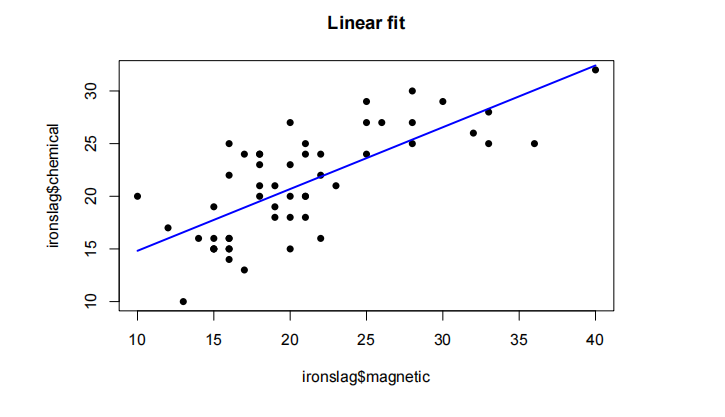 国外统计课业代写 Part 1: Weighted Least Squares Regression TASK 1A TASK 1B Let’s see the effect of altering the values of our weights α.We’ll use the following toy 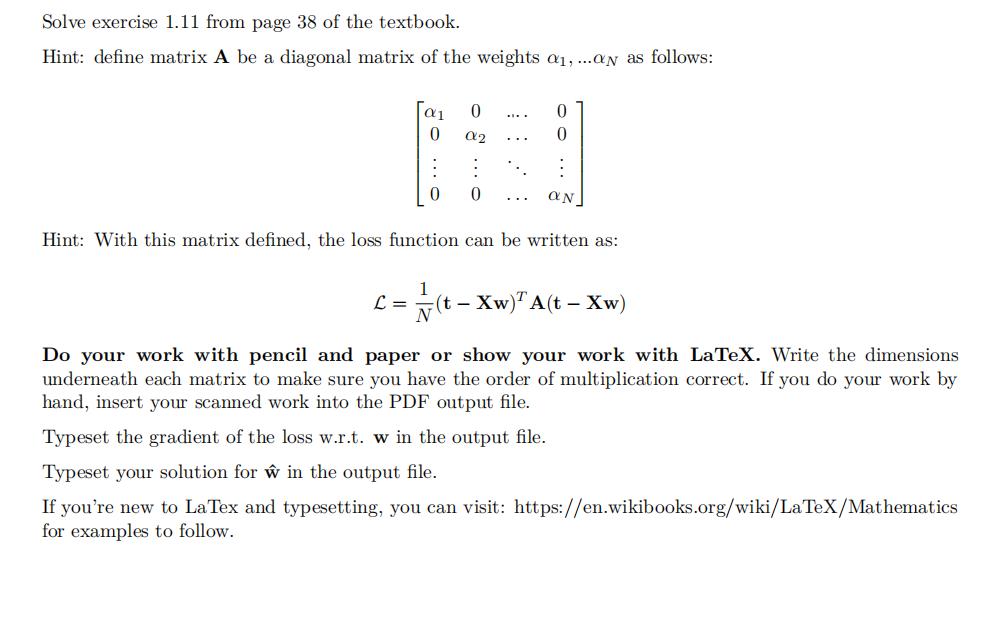 Let’s see the effect of altering the values of our weights α.

We begin by setting our vector of weights all equal. I have already fit a model using lm() with the argument weights.

Again, use the matrix operations to find and print the parameter estimates using the provided weights. Compare them against the estimates found via lm(). I have already plotted the fitted line, comment on the effect of the weights.

We alter the weights again. This time large weight are on the two outer points (x=1, x=4), and small weight on the inner points (x = 2, x = 3). Again, use the matrix operations to find and print the parameter estimates using the provided weights. Compare them against the estimates found via lm(). Look at the fitted line and comment on the effect of the weights. 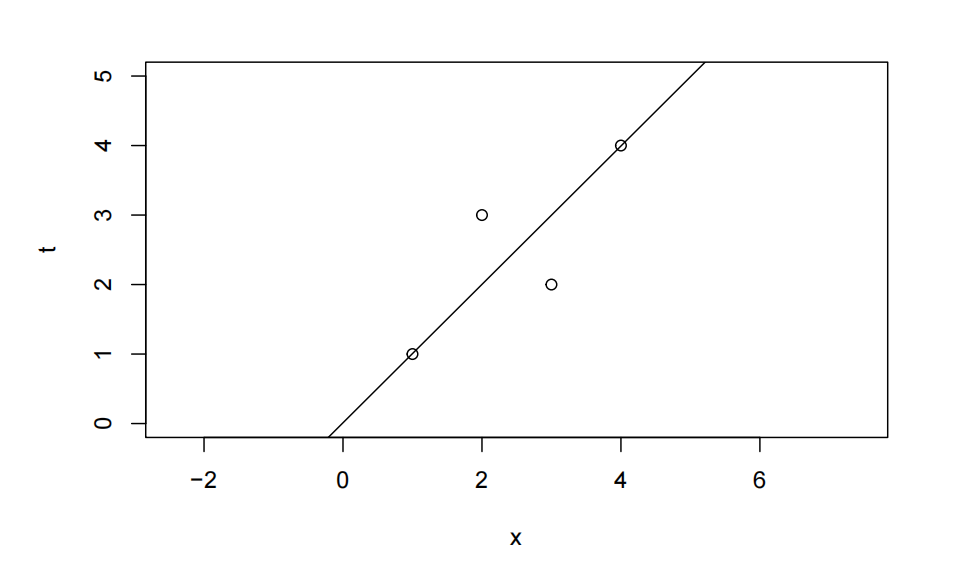 We’ll take a look at the Chirot dataset which covers the 1907 Romanian Peasant Revolt. General info on the event: https://en.wikipedia.org/wiki/1907_Romanian_Peasants%27_revolt

The data covers 32 counties in Romania, and the response variable is the intensity of the rebellion.

The orginal paper by Daniel Chirot, which provides details of the analysis and variables: https://www.jstor. org/stable/2094430

A basic data dictionary can be found with help(Chirot)

Do the analysis with matrix operations only.     国外统计课业代写

We can use cross-validation to evaluate the predictive performance of several competing models.

You will manually code leave-one-out cross-validation from scratch first and then you will use the built-in function for LOOCV in R.

You will use the dataset ironslag from the package DAAG (a companion library for the textbook Data Analysis and Graphics in R).

The description of the data is as follows: The iron content of crushed blast-furnace slag can be determined by a chemical test at a laboratory or estimated by a cheaper, quicker magnetic test. These data were collected to investigate the extent to which the results of a chemical test of iron content can be predicted from a magnetic test of iron content, and the nature of the relationship between these quantities. [Hand, D.J., Daly, F., et al. (1993) A Handbook of Small Data Sets]

You can start by fitting a linear regression model yn = w0 + w1xn + ϵn. A quick look at the scatterplot seems to indicate that the data may not be linear.

In addition to the linear model, you will fit a few additional models that predict the chemical measurement (Y) from the magnetic measurement (X).

In LOOCV, we remove one data point from our data set. We fit the model to the remaining 52 data points to get the coefficient estimates. With these estimated coefficients, we make a prediction for the left-out point. We then compare that prediction to the actual value to calculate the squared error. Once we find the squared error for all 53 points, we can take the mean to get a cross-validation error estimate of that model.

To test out the four models, you will build a loop that will remove one point of data at a time. Thus, you will make a for loop that iterates over each observation. For each iteration of the loop, you will fit all four models on the remaining 52 data points to get coefficient estimates, and then using those estimates you will make a prediction for the point

Follow the guide and hints provided in the Output file.

Compare the sizes of the cross validation error to help you decide which model does the best job of predicting the test cases. Report the best model and the corresponding MSE.

Now that you have written your cross-validation script from scratch, you will use R’s native functions to perform cross-validation. library(boot) has the function cv.glm() which can be used to estimate crossvalidation error.

Your LOOCV estimates from cv.glm() should match your estimates   when you coded your algorithm from scratch in Task 3B.

Based on your Cross Validation scores, which model seems to be the best?

Following what you did in Task 3C, use glm() to fit the following three models to the Chirot data.

Use cv.glm() to calculate the LOOCV scores to compare models. Which model would you select?

The optim() function in R is quite versatile and can be used to minimize a wide range of functions using a variety of methods. The default method, the Nelder-Mead simplex algorithm, is a numeric method that works quite well for multidimensional functions. Other methods, like BFGS which uses a modified version of gradient descent, are included and are also quite powerful.

You will do an exercises to use optim() in to minimize the loss function in linear regression.

In the output file, I provide code to create a synthetic data set. The generated code has a true slope of 3.4 and a true intercept of 30. Random noise has been added and you will fit an OLS model to the noisy data.

Task 4: Use optim() to minimize the sum of squared residuals in linear regression

For the first task, we define the loss function as the sum of squared residuals:

Write your loss function as a function of the vector par which will have a length of 2. The vector par will contain the current estimates of the intercept and slope. Treat the data (x and t) as fixed quantities that are available in the global environment. The function will return a single value: the sum of squared residuals.

If you’ve never used or seen optim() before, I’ve uploaded lecture notes from 102A to CCLE that covers basic usage of optim().

Look at the results and the values of the parameters that minimize the loss function, they should match the coefficients estimated by lm().